When Kali and Chase were kittens, Kali would beat up on Chase. We thought he was going to end up being her doormat. We were wrong.

He didn’t turn Kali into his doormat, but he did make it abundantly clear that he was nobody’s doormat as they got older. Despite all of Kali’s posturing, in this house, Chase rules. 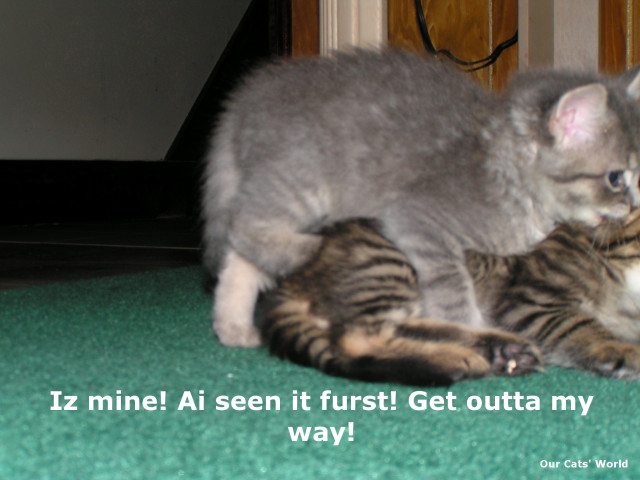 She used to walk all over him like this.