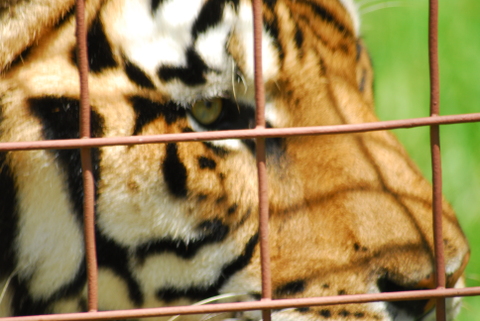 All cats, big and small, are strict carnivores 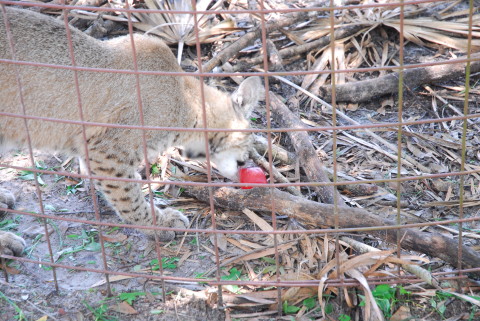 The biggest of the similarities between domestic cats and big cats is that they’re all strict carnivores. Lions, tigers, leopards, cheetahs, cougars, bobcats, lynxes, jaguars, snow leopards, and other cats, and all their varieties, all have systems that require meat. They literally cannot process greens very well, nor can they synthesize nutrients from greens the way we do, and the way herbivores do.

So whether it’s homemade raw food or commercial canned food for our little masters at home, or an entire turkey for a tiger at a sanctuary, the meat protein is what all cats need in their diets.

Big cats and domestic cats like to rub and scratch 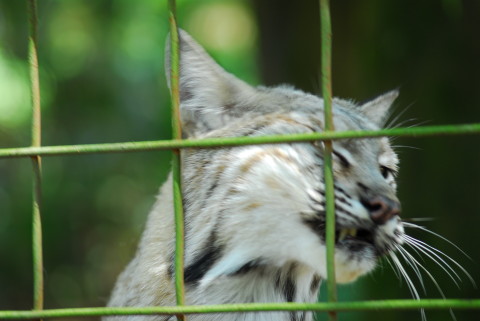 When you see your cat rubbing his cheeks on the corners of walls and furniture, it’s a way of marking territory. That’s also true when he’s scratching. Cats have scent glands around their mouths, in their cheeks and foreheads, and in their necks and paw pads. When they rub and scratch, they leave their scent. It’s a much nicer way of marking territory than spraying or other urine marking.

This type of scent marking is another one of the similarities between domestic cats and big cats, because big cats have these scent glands too. Besides that, in the wild, claw marks are another way for these cats to mark their territory. At big cat sanctuaries, you can often see the cats engaging in scent-marking behaviors that are identical to your furry friends at home.

As far as climbing goes, all cats can climb somewhat. Leopards are the strongest climbers of the great cats, but even lions and tigers can climb if they have to.

There are other similarities between domestic cats and big cats 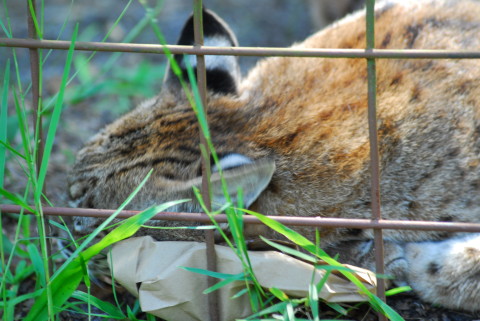 An interview in Scientific American discusses how one zoo’s big cats react to different perfumes and colognes. The zoo tested several brands, but when the cats are exposed to one of Calvin Klein’s colognes, and they reacted the same way as our cats do with catnip. Their cats love the stuff; they start rolling around on the ground, and rubbing their cheeks on everything.

Big Cat Rescue tested catnip on their cats. They loved it. There’s a compound in catnip that makes cats go crazy, regardless of whether they’re big or small. Catnip is yet another one of the fascinating similarities between domestic cats and big cats.

For more on these similarities, watch the video below, from Big Cat Rescue in Tampa: