Dogs don’t like cats, right? Or is it that cats don’t like dogs? It’s not that they can’t get along, it’s just that, it’s more common for them not to get along. An article in The Guardian takes a look at this, and provides an answer to the age-old question of why cats and dogs don’t like each other. 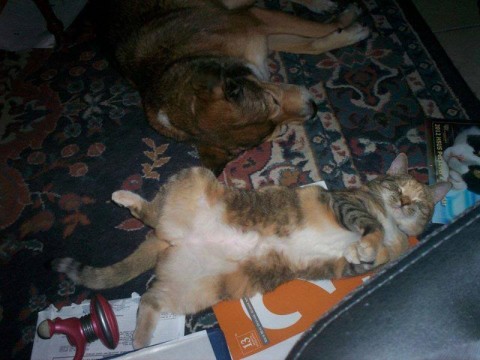 Historically, dogs and cats weren’t cared for very well. They were allowed to roam the streets, they primarily lived outside and/or in barns, and had to look after themselves for the most part. We didn’t really start actively caring for our pets as pets until sometime in the 20th century. When it came to fighting over scraps of food, dogs could communicate to one another whether they were going to fight, or if one was going to back down. They’ve inherited that ability from their wolf ancestors.

Cats, on the other hand, are more solitary, and while they do have hierarchies in colonies, they don’t have the complex communication system that dogs do. They’re far more circumspect about their intentions. Cats and dogs can’t communicate very well with each other, so, way back, they were more likely to actually get into real fights over food and territory. This is probably the biggest reason why cats and dogs don’t like each other.

What I’ve witnessed between cats and dogs, myself

I’ve never actually seen cats and dogs fight, but I have seen the evidence that cats and dogs don’t like each other. That was an issue of behavior and territory; my sister’s cat, Maggie, is an alpha and put her dog, LB, in his place by repeatedly swiping at his nose. He was afraid of her and he was afraid of cats in general. However, I never saw them actually fight. I just saw Maggie standing her ground and LB backing down.

I also saw LB back down in the face of a terrifying puffball of a kitten named Kali. The one time that LB was at our house, after Chase and Kali came to live with us, she stuck to LB like white on rice. If he so much as twitched, she’d hiss at him. She kept her little back arched as much as possible, and her fluffy tail as puffed up as possible, and hissed nonstop at him. Poor LB kept trying to back down from this kitten that didn’t understand backing down. Occasionally though, he’d look at her like he was saying, “Yeeeeeeah…keep practicing, kid.” 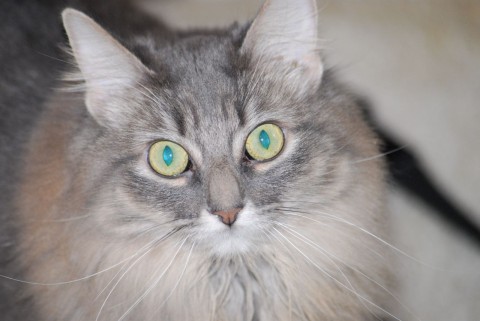 Generally, though, a bigger dog will chase a smaller cat. According to Animal Behavior Associates, cats usually run, which excites dogs, and entices the dogs to chase them. Only occasionally will a cat actually turn and fight. The relationship that existed between LB and Maggie (and by extension, all other cats) isn’t all that common.

If cats and dogs don’t like each other, how do you get them to?

Since generally, cats and dogs don’t like each other, does that mean they’re natural enemies? The Guardian’s piece says that they probably were at one time, but they’ve lived together for too long to be natural enemies any longer. The evolution of their relationship is rather dark and nuanced, and is where the phrase, “Fighting like cats and dogs” comes from.