The “cat circles” phenomenon that took the Internet by storm last November has long since cooled, but it’s still an interesting topic. What about making circles (or rings of some type) on the floor “traps” cats? Does it always work? I actually tried it with my cats, and their responses were mixed.

First off, why the phenomenon at all? It first started on Reddit, and then spread elsewhere on the Internet via social media. Some behaviorists think that the circles give an illusion of safety, or of an enclosure, and that’s why cats step into them and then don’t want to leave. Think of it like a box, but without the box.

Catster writer Angie Bailey tried to “trap” her cats inside some cat circles, and she had mixed results. An article in The Mirror also showed some images of cats that didn’t fall for it. When I tried it, whether they fell for it or not seemed to depend heavily on the material I used to make the circles. 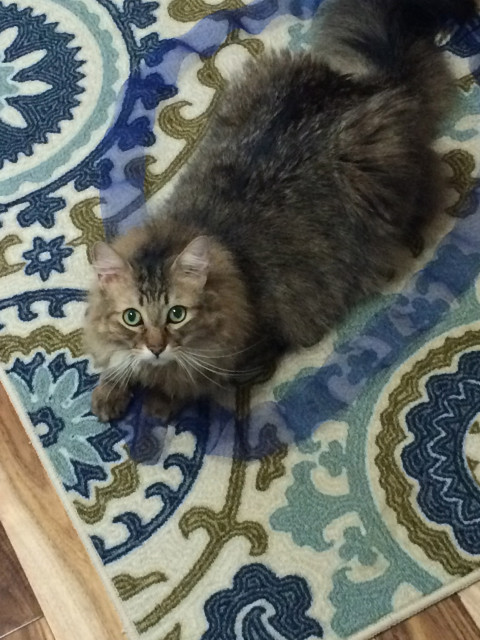 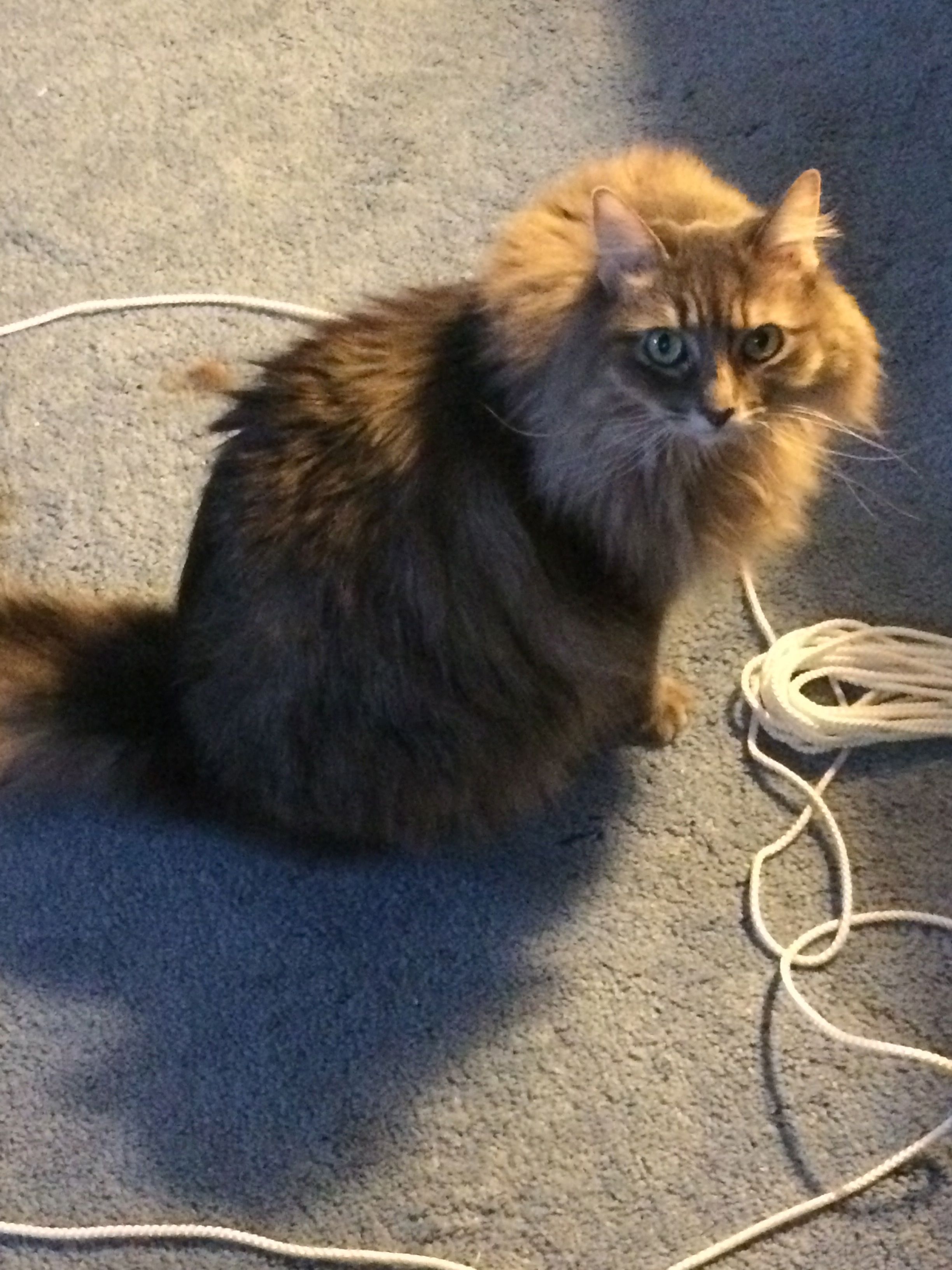 Something I found interesting was that Chase wouldn’t enter the rope circle if Kali was inside it. It was like he figured, if she was there, it’s her territory, and he should stay out. That didn’t stop him from trying to bat her, though. 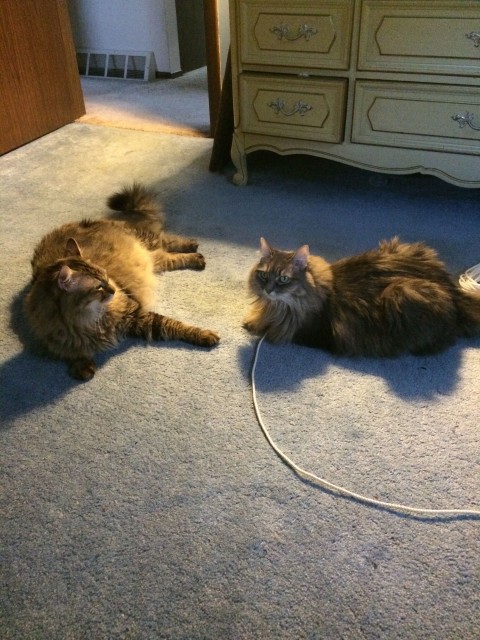 Gizmo, however, seemed to think the rope was a barrier, and wouldn’t enter it at all. She wandered around the outside of it, and stuck her head over the edge, but would not set one paw inside the circle. She wasn’t interested in the ribbon circle in the kitchen at all. 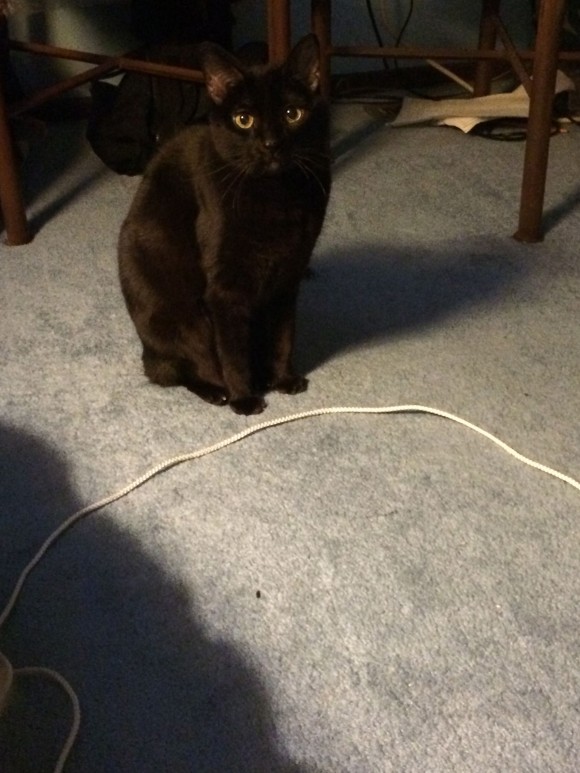 When it came to the tape circle in the dining room, it was like they didn’t understand what I wanted them to do. Gizmo stepped inside it a little, but here, it was Chase and Kali that acted like the tape was a barrier they couldn’t cross. 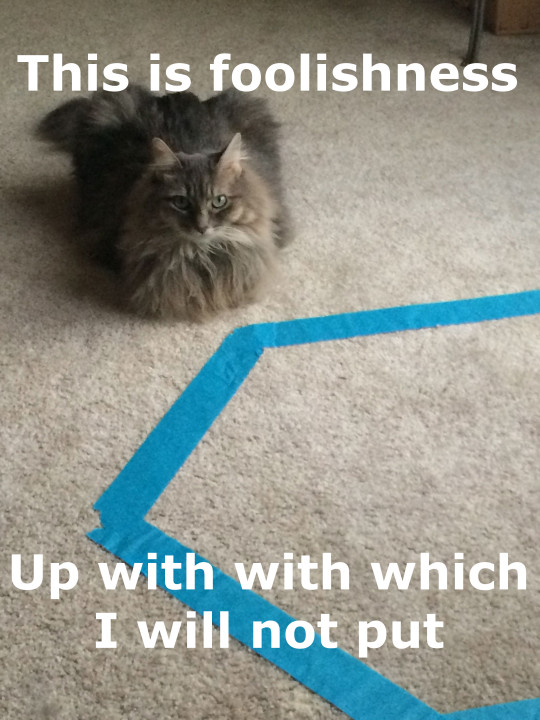 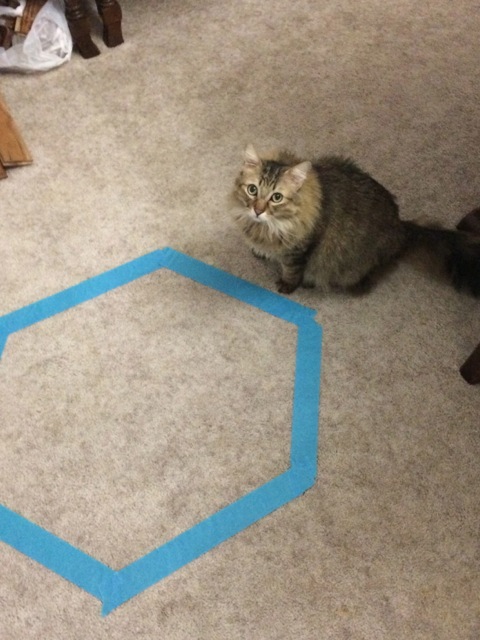 To sniff at Gizmo, and maybe to see if he could still get to her, Chase put his front paws into the dining room circle, but he didn’t fully enter it. 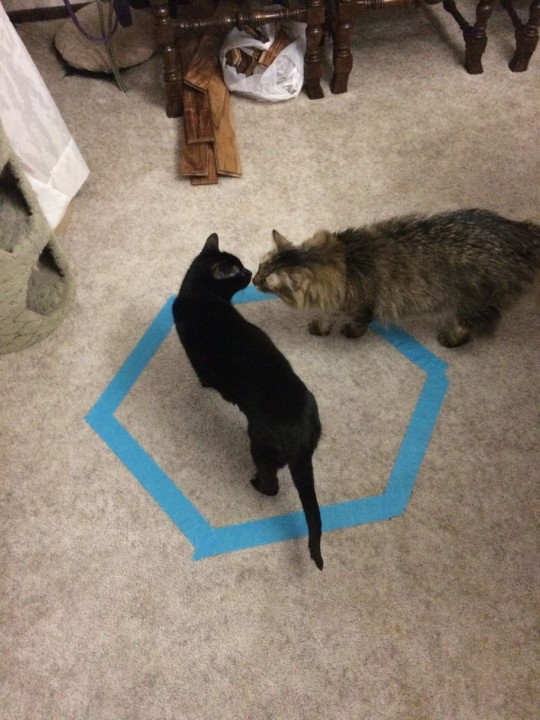 Aria was just asleep through the whole cat circles thing.

It’s possible that the reason for different results with cat circles has to do with what it’s made out of. Some cats may need a tangible barrier for the circle to feel safe (which would explain why Chase and Kali liked the rope and ribbon circles, but not the tape circle). For others, it may be what they actually see on the floor that makes them decide whether or not to enter. In the end, it’s fun, but it doesn’t always work. If you want to try this, try making your cat circles out of different materials to see if your cats behave like mine. And have some fun with it!