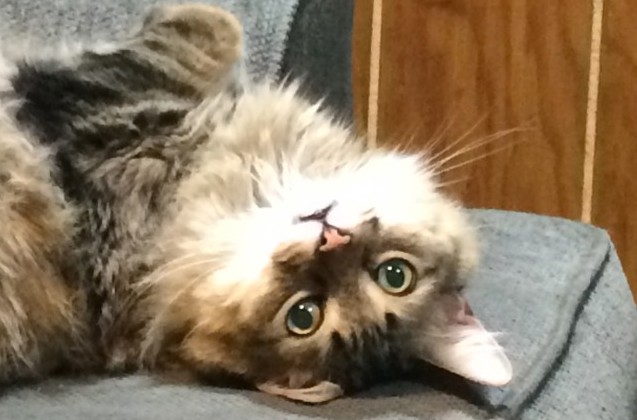 A new study from the U.K. suggests that cats might actually prefer to use their sense of sight over their sense of smell. This goes against a lot of what we think we know about our furry feline friends, because they have such a highly developed sense of smell, and they like to sniff everything.

The study, which appeared on Science Daily and has been published in “Applied Animal Behaviour Science,” included six cats in a maze. The researcher, Evy Mayes, put two squares of paper at each “decision point” in the maze, with visual and olfactory cues on them. Cats could use their sight, or their sense of smell, to figure out where to go. Those pieces of paper would either lead to food rewards, or not.

Science Daily says that, once the cats learned the game, four of them chose the visual cues, one chose the olfactory cues, and one had no preference. Professor Daniel Mills, who supervised the study, says that this could have a huge impact on how we care for our cats. For instance, a cat that prefers to use its sense of smell might be profoundly impacted by a change in the house, whereas a cat that prefers its sense of sight might feel a minimal impact.

More study is definitely needed, but we may have to watch our own cats a little more closely now to see if we can figure out which senses they like to use. We’ve recently started something new with Chase at mealtime: We divide his food into three portions, and then we put two portions in other places in the house while he eats the third portion in the kitchen. 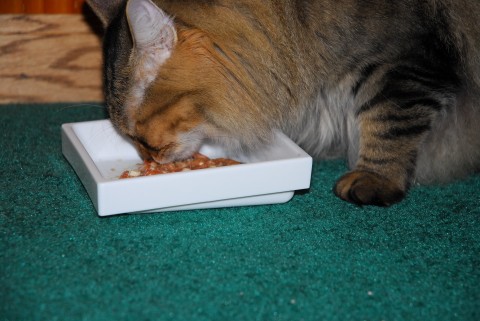 What we’ve noticed with him is this: If he can see it, he doesn’t seem to know what it is until he can also smell it. He’ll often walk right past his bowls until he can smell the food, and then he’ll go to them and eat. He has some trouble when we put them up high, because he can’t smell them at all. We’ve had to teach him that his bowls may sometimes be where he can’t see or smell them. He seems to prefer his sense of smell over his sense of sight, but he relies on both to find his food.

Chase is the only cat with whom we’ve tried this, so we don’t know right now whether any of our other cats seem to rely more heavily on their sense of smell than any other senses. If the findings of this study are borne out in larger studies, then it’s possible that Chase is one of the more rare cats that prefers to use his sense of smell to find his food.

That would not be all that surprising, actually, because Chase is different from our other cats in lots of other ways, too.

Professor Mills did say, according to Science Daily, that more study is needed because this one was really small. However, this is also the first time we’ve actually “asked” cats what senses they prefer, when they can make that decision. Eventually, our whole understanding of how cats relate to the world might change. Or further study might just end up confirming what we already think we know.